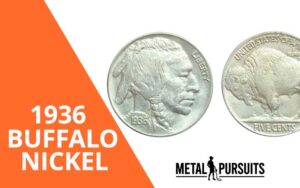 The Buffalo nickel is part of a group of unique coins highly sought after by the public and collectors. These rare minted coins were regarded as one of the most attractive coins in the series between 1913 to 1938.

This article will talk specifically about the 1936 Buffalo nickel, its features, and how they are graded.

An Overview of the 1936 Buffalo nickel 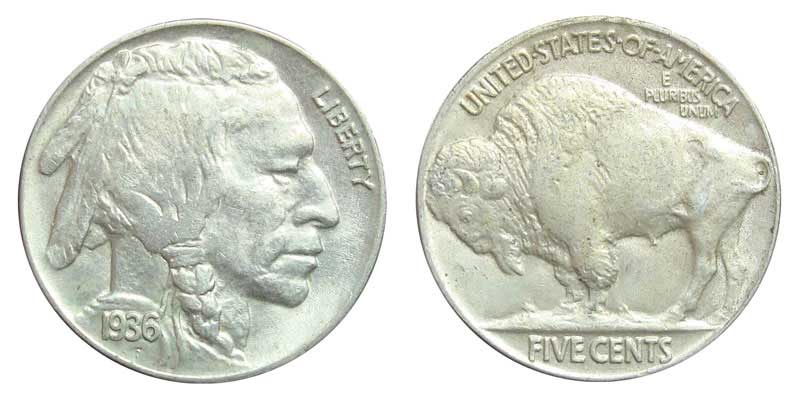 The 1936 Buffalo nickel was designed by Fraser, a  top engraver working with the US mint. The nickel shows a bust of a Native American who put on a traditional dress engraved with the word ‘LIBERTY’.

When you turn the 1936 Buffalo nickel in the reverse you will see an American Bison on a hill depicting the words ‘UNITED STATES OF AMERICA’ at the top and ‘FIVE CENTS’ at the bottom.

Every Buffalo nickel is composed of about 70% copper and 30% nickel, weighing about 6 grams. The coin has about 22 mm and doesn’t have any reeding on its edges like recent coins.

The History of the 1936 Buffalo Nickel

In 1936 when the Buffalo nickel was minted, there were about 120 million copies, which makes the 1936 Buffalo coin, the most minted coin in categories.

All copies were done and engraved in Philadelphia, in the US. However, the nickel came with a slight problem which was that despite the many copies that were minted, its life span was very short.

The reason for the short span in circulation was because of its heavy use among the population. There are a few of these coins in circulation, however, with 90% stored in banks with no hope of being released to the public.

Features of the 1936 Buffalo Nickel coin

Here are some unique features the 1936 coins come with:

Bust of a Native American 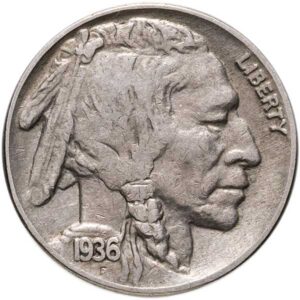 Asides from showing the head of a Native American, you will see the hair dangling around its shoulders within its border. The Indian head faces two bird feathers when handing on the back.

This 1936 Buffalo Nickel comes with a plain round rim which differentiates it from other coins. You will notice the American Bison (Buffalo) standing to the left side of the lowered head. 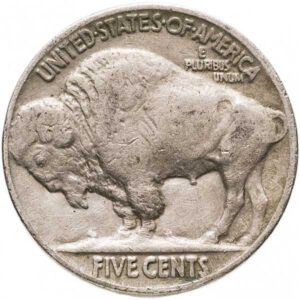 On the Bison back you will see the Latin inscription ‘PLURIBUS UNUM’ meaning ” Out of many, one ”. Value. The value of the coin then is visibly engraved starting FIVE CENTS.

Another major attribute of the 1936 Buffalo nickel is that it has three clear mint marks, however, only two can be seen on the coins.

These two are the San Francisco mint which starts with ‘S’, while the Denver Mint has a letter ‘D’. For the Philadelphia mint, there isn’t any shown mint mark.

This coin is made with copper and nickel in varying percentages. You can’t also see any reeds around its edges.

How are the 1936 Buffalo nickel graded?

These coin grades are readable, but their numbers are in worn-out condition. The rims on this nickel grade are light on the top and bottom.

These have some features of good 4 Buffalo nickel, but with many detailed attributes. The rims of these grades are intact with the date and American bison visible.

This 1936 Buffalo Nickel was scarce in circulation for years but remains an excellent grade with good luster and complete detail. You can see the Bison tail clearly but it has slight tears.

These grades aren’t much in circulation but are sharp in obverse and reverse. You can see the Bison tail clearly without any signs of wear.

These grades have higher mint luster than the former and don’t have many marks. Every other feature is sharp and clear enough.

Note due to wear issues, many 1936 Buffalo Nickels should be in condition between Good 4, Fine 12, and uncirculated grades.

Reasons for Minting the 1936 Nickel Coin

Although the coin got many designs and templates from 1907, the Taft administration wanted the highly talented James Fraser to re-mint the earlier coin design because they were impressed with its engravement.

Fraser’s present and earlier designs were attractive to the authorities because they blended the American Bison and the Native American Headdress.

Fraser’s nickel design didn’t sail through easily, in fact, it was delayed for about 7 months because the Hobbs Manufacturing company didn’t like the changes to the design.

However, the then US Treasury Secretary, Franklin MacVeagh disagreed and went ahead to issue its circulation immediately.

The 1936 Buffalo Nickel is one of the world’s rarest and impressive coins ever made. It comes in different grades and some visible features which can allow collectors and everyone to differentiate it from other coins.