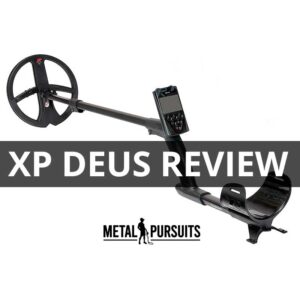 If you need an accurate metal detector, you should consider the XP DEUS.

This metal detector comes with five-frequency technology that makes it stand out among other metal detectors available on the market.

In this XP DEUS review, you’ll find all you need to know if this metal detector is suitable for you.

This review covers its features, design, benefits, appearance, performance, and all other information you will need about the XP DEUS metal detector.

The first thing to notice about this metal detector is its telescopic S-shaped stem. The XP DEUS is also the first wireless detector with power, lightness, speed, precision, and compactness incorporated and developed for cutting-edge technologies. 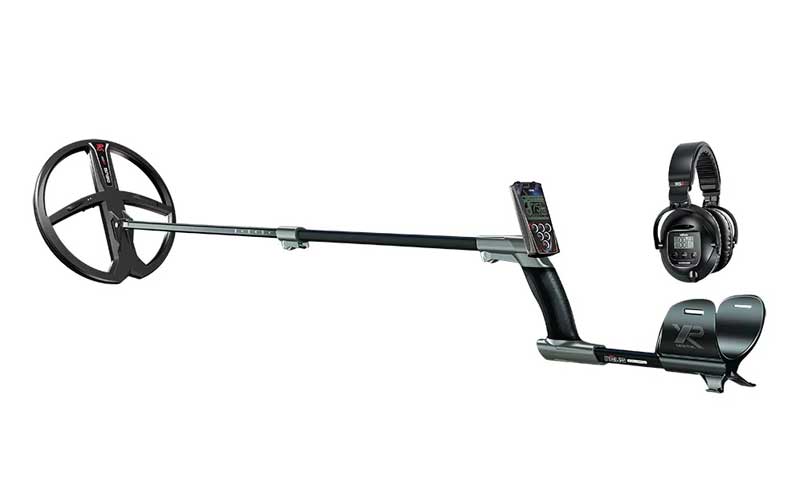 In this section, you will find the key reasons as to why the XP DEUS might be the suitable metal detector for you and how exactly it fits your needs.

Multi-IQ technology is one of the significant features that make XP DEUS stand out. If for any reason you need a metal detector, you should consider this feature one of the most important.

Multi-IQ is a different method of concurrent multi frequency metal detection. This means that you do not have to switch from one frequency to another for proper detection, but rather, you can receive, transmit and process two or more frequencies at the same time. You are more likely to achieve your target’s precision and accuracy with this feature.

With this multi-IQ feature, it becomes almost impossible to miss any target, big or small.

This is a technological response that is audible rather than graphical or textual.

When set to low levels, the audio response feature allows the user to determine if the target object is shallow or deep. Although, if small in size, a deep target only generates low volume audio responses. This means that the deeper a coin is, the quieter its audio response.

However, since detection range varies from target and could also depend on the target size, it becomes possible for a small target to get easily passed up if the audio response is set to low levels.

The XP DEUS operates what I would describe as a proper ground balance. And because this feature could require a little more comprehension, XP DEUS makes it almost completely possible for you as a user not to interfere with its ground balance operations at all.

Ground balance is an inconsistent setting that increases the depth of detection in mineralized ground. The ground may contain mineral salts, take, for example, wet beach sand, or even fine iron particles, for example, red earth. These minerals can sometimes respond to a metal detector’s transmit field in a similar way that a target metallic object does.

This often poses a difficult challenge for metal detectors as it is impossible to procure an accurate ground balance some of the time. This is why XP DEUS offers a factory pre-set ground balance setting, so you don’t have to bother about adjustments.

This feature allows you to control the audio volume of low-pitched tones designated for iron targets. You can just set the iron level to zero if you do not want to hear too much low-pitched noise produced by iron materials and other ferrous objects.

Although, it is not advisable to set your Iron level at zero while your metal detector is in use because you could easily pass up a potential repository of masked underground coins during a “hot coin hunt” if not properly indicated.

The XP DEUS iron level detector is designed to help you identify unsure and questionable signals by their characterized sounds.

Discrimination is the activity of removing or eliminating certain kinds of targets on a metal sensor. This allows the sensor to only produce an audio or visual signal when the desired target object is found.

The notch feature allows for an adjustable rejection window that helps in the elimination of undesirable metals from detection.

The notch works like the discrimination feature, but instead of rejecting targets on a scale of 0 – 99, the notch allows the user to select a certain target range that fits its purpose at the time, to either reject or accept.

The notch is not commonly used when hunting for relics because ancient artifacts and coins might fall within a rejected notch range.

The non-motion mode feature has high potential because it can provide an increased operational depth rate when tuned rightly.

However, continuity of indications can render it very difficult to identify a slight target response that could be lying close to a huge target.

When using the non-motion mode, the audio threshold must be repeatedly re-tuned to the mineralization of the ground while metal detecting, or else you risk compromising the detector’s implementation.

Also, in some cases, audio threshold calibration may be challenging, and improper calibration could result in continuous, non-stop buzzing of your metal detector.

The two headphones, WS5 and WS4, have the same functions, so the significant difference is the size. The WS5 is large in size. Like the remote control, it has a control box itself, although on a small scale. The headphones can take over control if the remote is not integrated for use during metal detection.

The headphones have the same control functions over preset modes, frequency, and even detection settings, everything the remote control is capable of.

There is also a small liquid crystal display on the earmuffs with different buttons that aid interaction with the electrical components within the bounds of its circuit. The XP DEUS headphones can pair with new coils, automatically detect when the Deus remote control is in use, and can also be paired to the wireless module and Pinpointer.

The 11” DD Deus X35 coil of the XP DEUS is up to about 20 feet waterproof and can be submerged underwater. However, neither the headphones nor the control box must not be immersed. The three components communicate wirelessly. This means that there will be a loss of connection when the coil is submerged underwater.

As for the main part, the XP DEUS bears a resemblance to most other metal detectors. It is made up of a stem, a coil, and a control box.

There is a visible lack of the wire that is sheathed around the lower part of the stem. The audio headphones also consist as a part of this equipment and do not require wires either. This is a great additional quality that enhances mobility when you are out in the fields.

The headphones and the remote control receive signals through a digital radio link.

The elements of the search coil process the signals. This is then analyzed and digitized at the same source by an ultra mini digital circuit. Once the information has been finely processed, it is forwarded to the headphones and the remote control with the help of the radio link.

The S-stem design of the XP DEUS makes it easily foldable. In this way, the storage of the metal detector is easier without requiring it to be disassembled. The rubber hold also makes it more comfortable and easier to manage. The pattern and the configuration of the telescopic stem make it easier to move the metal detector around.

The metal detector is also lightweight, total weight is 1.93 lbs. This is a significant factor that is required when handling maneuverable equipment. 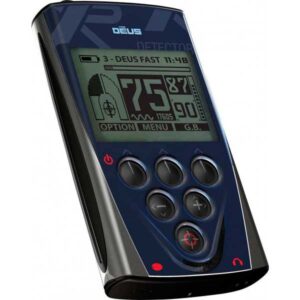 Placed above these buttons is the light-emitting diode screen. This screen gives you the proper access to the name of the active program, time, analog scale of the target conductivity, and battery level of the coil and remote.

With the Ground Balance button, you have access to four different modes: Pumping, Manual, Beach ON/Beach OFF, and Tracking mode. However, these modes should not be confused with the other four non-motion aspects that are also available within this device.

The non-motion modes of the XP DEUS include:

The Menu button can be used to alter reactivity, discrimination, audio response, iron level, and frequency. This can be performed by using the buttons for heightening and decreasing. The frequency can also be altered from 4 kHz to 18 kHz.

Performance of the XP DEUS

Compared with its antecedents, the XP DEUS has unique, exceptional qualities, irrespective of its wireless technology.

One major performance feature of the XP DEUS is its Tonal Discrimination. This allows you as a user to alter sizes and hue pitches up to about four different varying conductivity ranges. This way, you can choose to accept or reject the targets based on the range of conductivities you have decided to work with.

Another significant performance feature of the XP DEUS subsists with its audio headphones. As a result of the wireless nature of this metal detector, the cues are simultaneously sent to both the remote control and the headphones together. This means that you can operate with only audio headphones.

These headphones are additionally weatherproof and give you room to change the functions with themselves. The reactivity performance of the XP DEUS metal detector is also remarkably useful. It allows you to modify the breadth of the coil’s electromagnetic field, hinging on the target that you want to find.

Pros and Cons of XP DEUS

1. Is the XP DEUS waterproof?

The XP DEUS is not waterproof. If you are planning to use your DEUS in wet terrain, we recommend the addition of a waterproof carry case. There are many available on the market and may be used for both land and water-based detecting activities. The search coil is waterproof and can be immersed in water, up to about 20ft.

2. Is the XP DEUS good for saltwater?

Yes. The XP DEUS is a premium metal detector that can be used in saltwater, fresh water, and dry sand.

3. Can the XP DEUS detect gold?

Yes. The XP DEUS is designed specifically for modern treasure hunting. Its Pulse Induction (PI) technology makes it less affected by metallic saltwater, sand, and ground conditions than VLF detectors which give excellent performance on dry land but perform poorly in salty or sandy terrain. The XP DEUS also gives great depth on finding gold nuggets and coins, especially with the addition of a 14″ concentric Deus coil.

4. How deep can the XP DEUS detect?

The XP DEUS is an extremely sensitive detector and it has been designed for detecting on all kinds of ground. The depth is entirely up to you with this detector; a change in target size will make your signal stronger, louder, and easier to find – especially good news for prospectors. Generally speaking, the XP DEUS can detect to a maximum depth of approximately 10″ or 25cm in the average soil and terrain conditions.

The XP DEUS can be commonly considered a perfect fit for you; irrespective of the skill level you belong to, either you’re a pro or a beginner, you will find its multiple features interesting and useful.

The XP DEUS is designed to suit your carriage needs properly, and with an in-depth detection of about 3ft, it could be a great fit for proper detection. If you are thinking of starting out as a detectorist or need to change your metal detector, XP DEUS might be what you need.

You can follow the links below to check out the product.