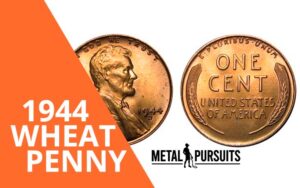 The 1944 Lincoln penny is one of the most valued coins among collectors today because of its impressive design and value..

These coins were minted in the United States several decades ago. Since they are no longer in production and circulation, they have become scarce. These coins have a history to them that makes them worth collectors’ efforts.

There are different varieties of these coins depending on the mint mark on them. These coins are usually found in different conditions, which also influences their value. This article covers all the essential information on these coins.

The 1944 penny was designed by Victor David Brenner and made from aluminum shell metal that has been recycled. These pennies were a return of Lincoln pennies and they contain 95% copper and 5% zinc.  These wheat pennies are highly valuable compared to other coins that were minted in the 1910s through to the 1950s. 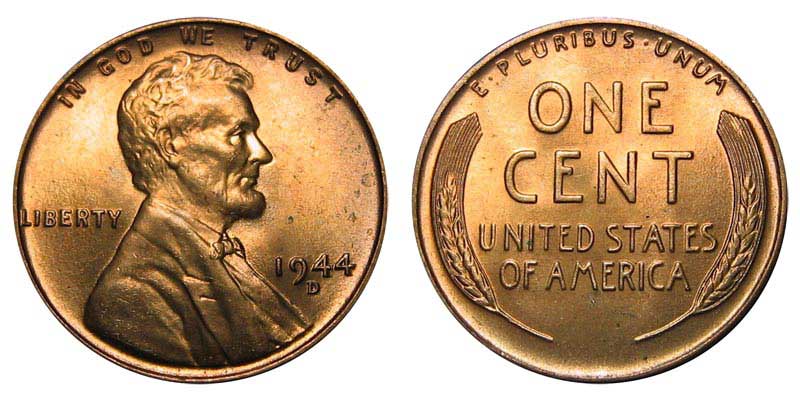 The 1944 penny was minted after people complained about the 1943 Lincoln penny. During World War II, the government refused to use copper for minting coins because they used copper for making ammunition for the war. However, people complained that they could not distinguish the coin in circulation from a dime and the coin corroded fast. The government responded by making the 1944 wheat coin, using copper as the main material to avoid corrosion. The 1944 penny is the most minted coin in the history of the United States.

Also, collectors value this penny because of its rarity. These pennies are no longer being produced. Therefore, they are not easy to come by. Given the value that collectors place on this coin and the scarcity of the coin itself, they are highly valuable.

How much is a 1944 copper penny worth today?

The 1944 Lincoln penny is worth up to 35 cents today. However, there is no fixed value for the coins because some factors determine how much value coin collectors place on it.

What determines the price of the 1944 wheat penny?

The 1944 wheat penny value depends on the mint state and the condition of the coin:

Which mints made the 1944 Wheat Penny?

Features of the 1944 wheat penny

The 1944 wheat penny has some unique features.

On the head of the coin, the portrait of Abraham Lincoln was inscribed on it.

There are a number of inscriptions on the coin. A “LIBERTY” inscription sits on the left of the portrait, while on the right is the “1944” inscription. On top of the head is the “IN GOD WE TRUST” inscription in an arc.

The 1944 Lincoln pennies are rare because they are no longer in production and circulation. Also, collectors value them so they make the run for it anywhere they can find them.

What 1944s pennies are worth money?

All the coins, both those with mintmarks and those minted in Philadelphia, are worth money. The values depend on their condition.

The 1944 wheat penny was minted in Philadelphia, Denver and SanFrancisco. The coin is rare and has a high face value. A coin dealer is ready to pay handsomely for pieces of this coin. The coin has impressive designs and over 2.1 billion coins were minted. value this penny because of its unique and impressive designs.