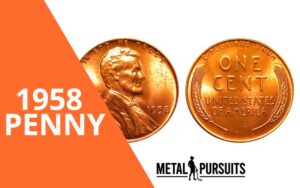 The 1958 Wheat penny is among the rarest collections of coins available in circulation. Many people wish to have these coins because of their value.

This article will discuss an overview of the 1958 Wheat Penny value, types of 1958 cent, and the grades they are available.

An Overview of the 1958 Wheat Penny

In 1950, the United States Mint Council started moving the number of wheat pennies produced around the country. While some were minted at Denver, others were minted at Philadelphia. 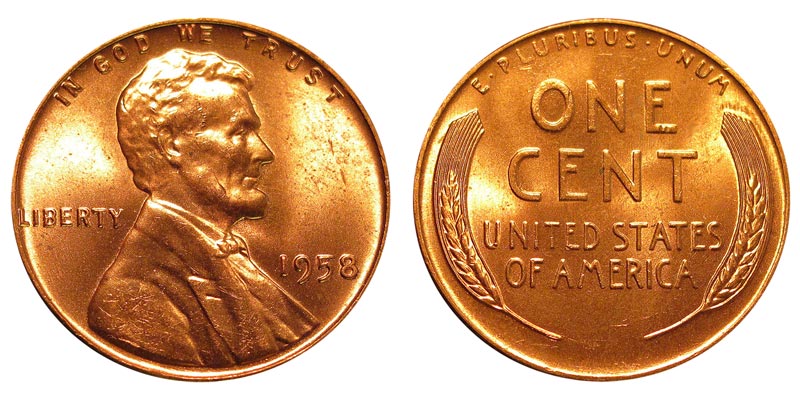 The wheat pennies minted at Philadelphia were around 252,525,000, and they were just 25% of those minted at the Denver minting facility, 800,953,300 were minted in Denver. In 1958, the mint facilities produced a Lincoln Penny which was inscribed with the real Wheat stalk reverse.

Also, in 1959, they used the design of the Lincoln memorial to create a reverse design. The Wheat Penny was regarded as a highly unique coin, however, the number in circulation dwindled quickly.

However, some collectors will have some categories of Wheat penny, which many people sort to collect in their possession.

How Many Wheat Pennies Were Minted in 1958?

What is the Value of the 1958 Lincoln Wheat Penny?

Although the 1958 Wheat penny remains the last cent produced with a wheat stalk reverse, the huge number of coins minted has made its value worth more than just face value.

These values also depend on the condition you find these rare coins. The 1958 Extra fine Wheat penny is valued at about $0.15 and is not usually heavily in demand by most collectors.

The 1958 coins come in various kinds and they include:

Facts about the 1958 Wheat Penny: You can readily find 1958-P cents in all grades. The full red cents are easy to find.

1958-P cents are readily available in any and all grades through the fully red gem. Most uncirculated coins however are of simply average quality.

1958 Penny without a Mint Mark

This category of the Wheat Penny is many in circulation and remains the most common type of coin. This is because they came into circulation in the last year of production.

You can easily find these pieces in circulation and they are very affordable.

This coin was produced in Philadelphia in 1958 with just 800,953,300 examples available in mint condition.

It has a grainy layer which makes them look new, however, in recent times, it has lost its matte luster. Its designs and lettering are highly reflective and it is a very rare variation of the Wheat Penny. These 1958 coins are considered more valuable than other proof coins.

This penny has a D mark and was minted in the Denver Facility. The facility produced about 812,352,000 of these wheat pennies that year. However, due to government policy, its design was changed the following year which made the stock reduce.

This type of wheat coin can be found easily in mint state and it isn’t considered a rare wheat penny.

This 1958 Penny is a coin with a doubled die obverse error and is considered very scarce among collectors. It is also the most penny of the Wheat coin series.

They are simple to recognize and are very limited in circulation. The error on the coin means: IN GOD WE TRUST AND LIBERTY, which can be seen on its obverse.

Grades of the 1958 Wheat Penny

This penny cent comes in various grades which determines how valuable it is. They are :

Many collectors strive to get this excellent grade because it is considered rare and very valuable. When a wheat coin has strong details of Lincoln and is covered entirely in luster, it is considered an uncirculated penny.

To also identify this coin, check the collar and the texture of the metal edges in the area.

This grade is much in circulation and has little flatness around the edges. Its overall design is sleek and it shows some light wear which indicates its condition. In the upper parts, you can see the hair behind the temple.

The waves around the hair are separated with a small sport behind the ear. The cheek, jaw, and coat line are rounded with some flatness.

This Wheat penny grader shows moderate to heavy wear around the edges. They are available in large quantities and are highly circulated. These coins are a good value for wheat cents in circulation.

The Lincoln features have the hair fixed firmly with the temple and there are flat areas around the cheek. These pieces have a natural toning feature in small marks.

The 1958 Wheat Penny is one of the most valuable coins in circulation and comes in various grades. This Penny was minted In Denver and Philadelphia facilities and is usually available in large quantities.

The most valuable of these pennies can go as high as $ 30 and the prices are expected to increase this year.