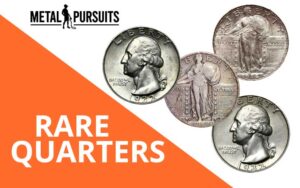 In production since 1796, the Quarter Dollar coin is probably the coin most found in pocket change. If you ask store clerks it’s likely the coin they say is used most often by customers.

Beyond typical retail scenes the lowly Quarter gets more use than any other U.S. minted coin. Think of vending machines, parking meters, toll booths and, when they were still around, pay phones. The Quarter is the true “everyman” piece of the U.S. coinage system.

Since the introduction of the 50 States Quarter program, the Quarter has also become a star. More collectors than ever want to add Rare Quarters to their collections than at any other time.

There are easily a couple of dozen Quarters that could be listed as rare since they began production in 1796. Because this article is for the beginning coin collector, we’re going to only look at the following four coins:

Why just these four? Simple.

These Quarters are generally available and relatively affordable for beginning coin collector.

To keep all the lawyers happy: “Past performance is not an indication of future potential values. Opinions expressed here are just that, opinions. They reflect my personal buying preferences, and experience, for purchasing coins.”

What Are Rare Quarters?

Many beginning coin collectors make the mistake of only looking at mintage numbers to determine a coins rarity. While it’s a starting point, the numbers can be misleading.

You also have to consider survivability. How many coins are likely to exist after all these years.

Age is another consideration. But age of a coin alone is not a good indicator of a coins value.

Over the years, millions of coins have been melted down for their silver. Millions more have simply been lost. Maybe you’ll be the lucky collector to dig them up!

Even though a certain coin issue may have been several hundred thousand, or millions, it’s certain that number has shrunk over the years when you include loss and melts.

When, then, does a coin become rare?

The Rare Quarters we’re examining in this article are not exotically rare, but they are key date coins for any serious Quarter dollar collector.

Produced from only 1916 to 1930 the Standing Liberty Quarter started out as one of the most controversial pieces ever minted by the U.S. Mint.

The original obverse design shows Lady Liberty with her right breast uncovered. While Breen disputes this, legend has it that the coin was redesigned mid-1917 because of public displeasure with the lewd coin. The redesign included a chain mail cover for Liberty’s breast. Newspapers and periodicals of the time did condemn the original design for its “vulgarity” in displaying Lady Liberty’s bare breast.

It appears that nearly the entire issue for 1916 entered circulation. Few mint state examples are known. Even heavily circulated and worn coins are bringing prices nearing $3000. 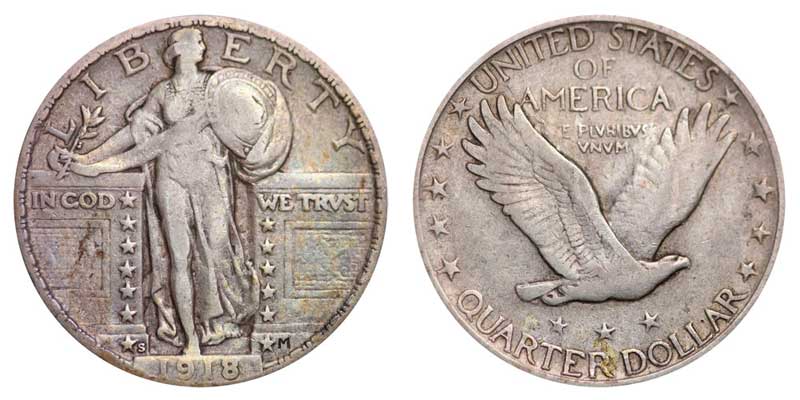 One of the most popular over-date error coins, the 1918 over 7-S is definitely on the Rare Quarters list.

It’s unknown how many of these quarters were minted at the San Francisco Mint. A total of 11,072,000 1918-S Standing Liberty Quarters were struck. The belief is that all of the error coins were struck by one die.

There are two known items to look for when verifying the coin. First, a die-clash that is visible even on worn examples in the recess near Liberty’s right knee. Second, a small pimple of metal to the right and slightly above the 8 in the date.

The error was not discovered for several years after the coins entered circulation. For that reason few mint state examples exist and the coin is genuinely rare. 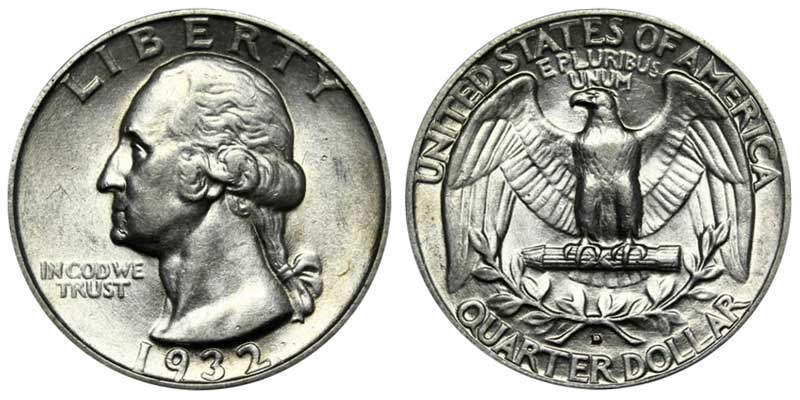 The Washington Quarter was originally meant as a one year commemorative. Congress changed that and it has become one of the longest running of all U.S. coins. The familiar obverse of George Washington continues to this day.

1932 was the first year of issue for these coins. While the mintage was fairly high from the Philadelphia Mint, the same cannot be said for those from the Denver Branch Mint. Only 436,800 Washington Quarters with the “D” mint mark were produced.

Most of these went into circulation. Few have survived the years in mint state condition with fewer than 100 being graded MS65.

For the beginning coin collector this is a coin to strive for in mint state condition. Be patient and look for examples with good strikes. 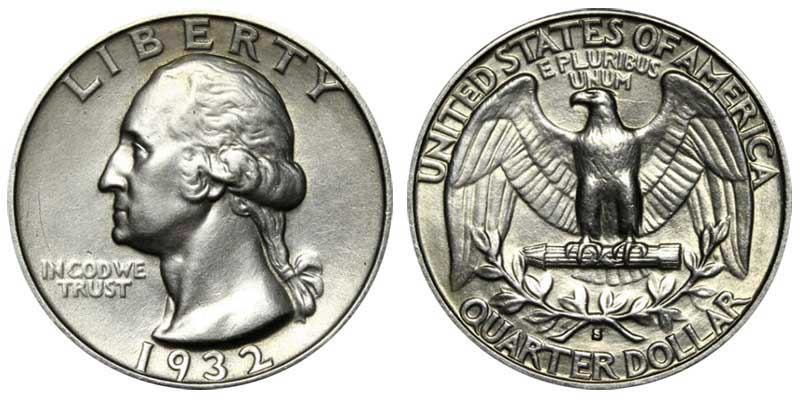 Only 408,000 of the coins were struck for circulation. Most of these entered circulation. They are generally available at reasonable prices in well circulated condition.

If your goal is a mint state example, be prepared to spend some time finding a good quality strike. As with many coins finding the best quality strike and condition does take patience. And be ready to write a good sized check!

Current pricing for the mint state coins is in the mid 4-figures range with gem quality coins just beginning to edge into the lower to mid 5-figure prices.

Collecting these Rare Quarters of the Twentieth Century can be both fun and challenging.

As I always point out, your goal should be to collect the finest quality coins you can find and afford. The goal is nothing less for these coins.

The two Washington Quarters on our list, 1932-D and 1932-S, are relatively affordable up to mint state condition. That’s when they both become a bit on the pricey side.

For all of these Rare Quarters, practice patience in your search. You’re looking not only for condition but strong strikes as well.

As with all valuable coins, know what you’re buying before plunking down your hard earned cash. Counterfeits of all 4 of these Rare Quarters are known. I highly recommend the following:

Collecting these 4 Rare Quarters is a strong goal for any beginning coin collector. In all likelihood these coins will continue to appreciate for many years to come.